First,  this place isn’t what you would expect. Then again it also is exactly what you would expect. Huh? Remember you’re reading a blog from a guy who used to get hit in the head for a job! In all seriousness that’s true though. Courier is both diner and upscale experience at the same time. Hip and in a historic building but has died chicken and a salad bar like my farm town roots. How does that work. First we will talk about the area and building .

In 1837 a man named William Tompkin purchased the land where it is. Im told that it is likely a relative even though there is no s on the end. Lots of spellings and my family came off the oklahoma native territories ( called reservations elsewhere) to Illinois in the late 1930’s so who knows. My dadand siblings didnt have birth certificates!! ( Common in native families at the time). The lad was sold to the well known farming/banking Busey family. Eventually it became the Courier newspaper building in the early 20th century. It closed in 1979, and yes i well remember that happening. In comes Alan Strong!
When i was a kid there was a cool deli on the UIUC campus called Bubbie & Zadies. I was a small town kid dreaming of travel and loved going there. It floodec to the point of no repair once and a few years later he opened the Courier Cafe.
Downtown Urbana where it is located is an eclectic place. Decades before farm to table was chic, urbana was that place. It annoys me and I love it at the same time lol. I mean Urbana,the Courier is always cool.
From breakfast, to burgers and sandwiches. From fried chicken to unusual mixes and steaks. The place is part of a bygone era where you could have a broad menu but it was all REAL FOOD! I travel all over for fights and pr work and it is a rare institution.
On this trip I had the Hammerhead with fries. Excellent roast beef and swiss soaked in red wine Au Jus served on a Bubby Bun. A couple of Domain Du Page beers from Two Brothers Brewing and it doesn’t get much better. My wife Sandy had the fried chicken with baked potato ( always mashed but the waitress said no longer available??!!) And the awesome salad bar. Survey says?? Awesome all the way around!!! Check out the pics( why you reall read this blog!) and we will talk after the jump. 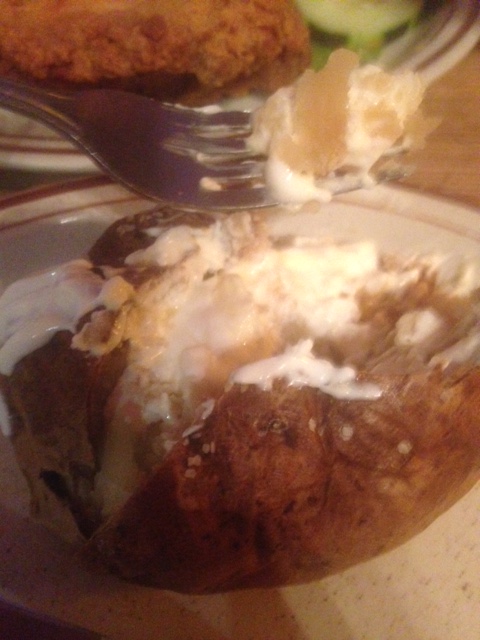 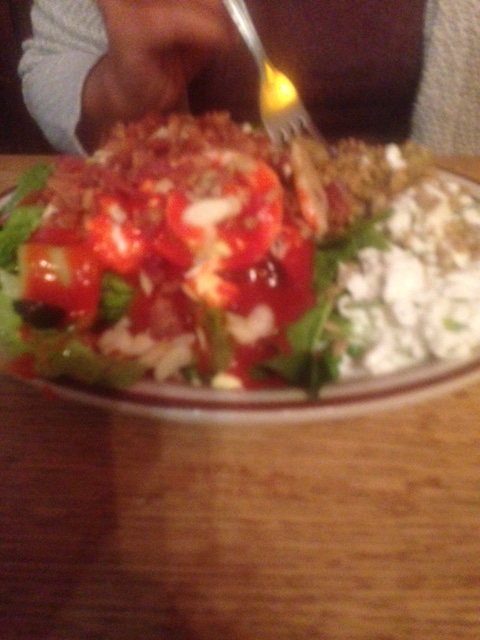 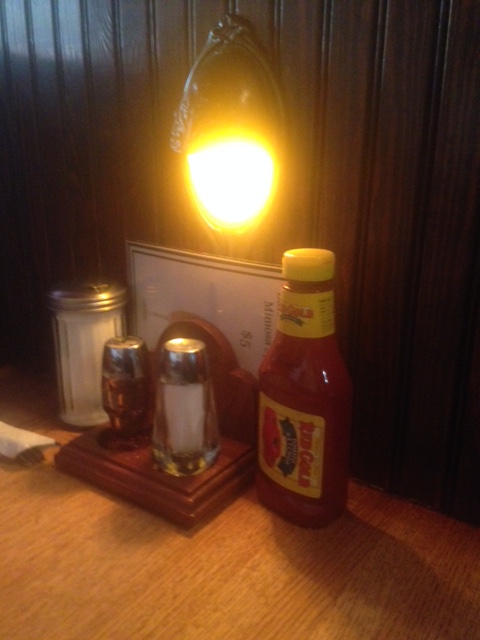 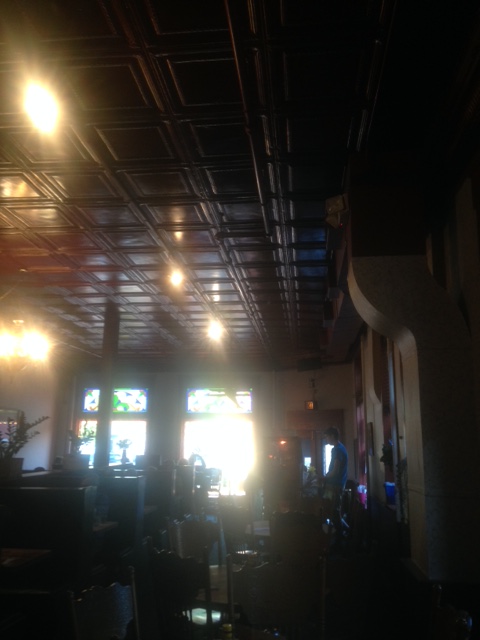 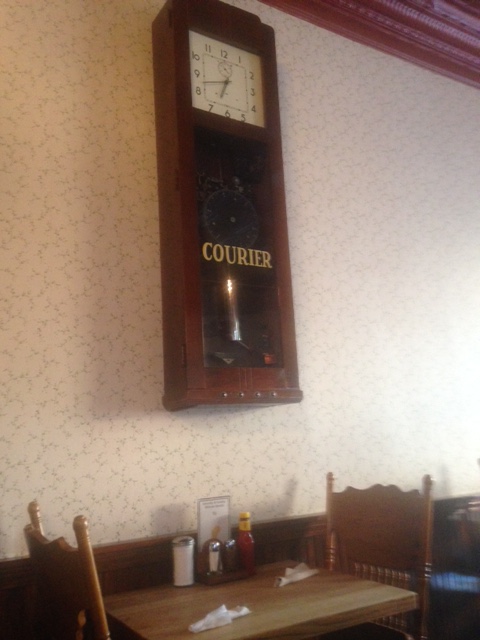 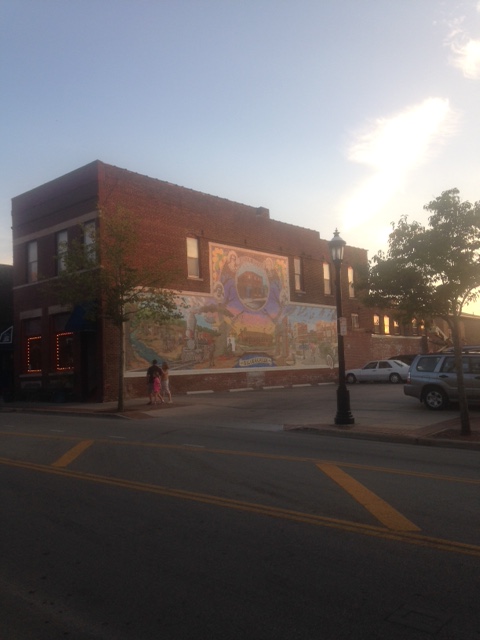 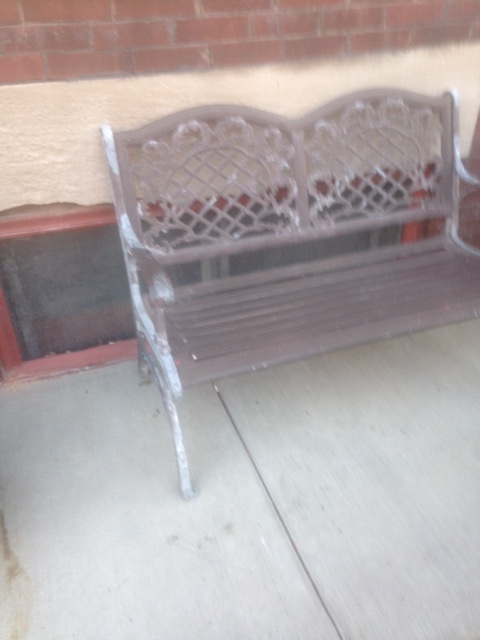 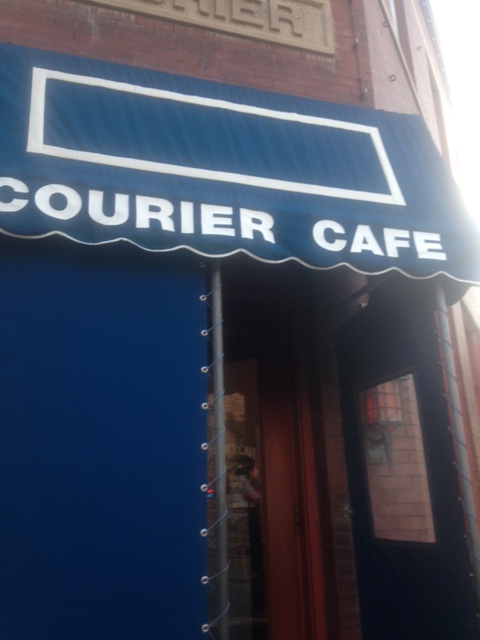 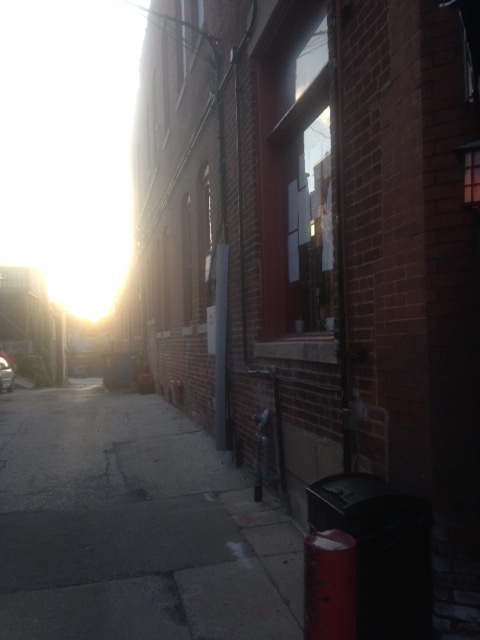 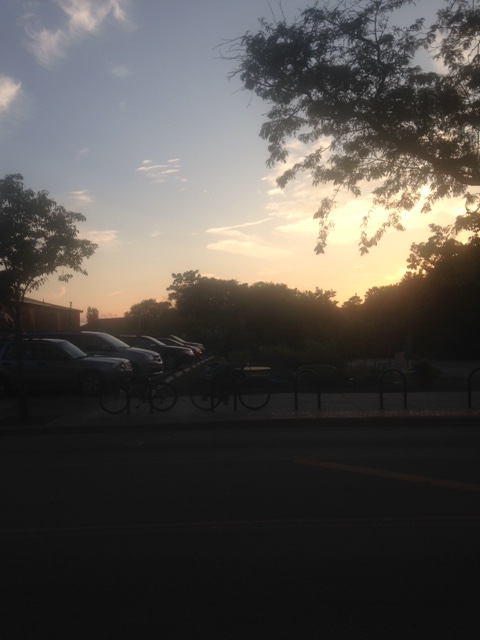 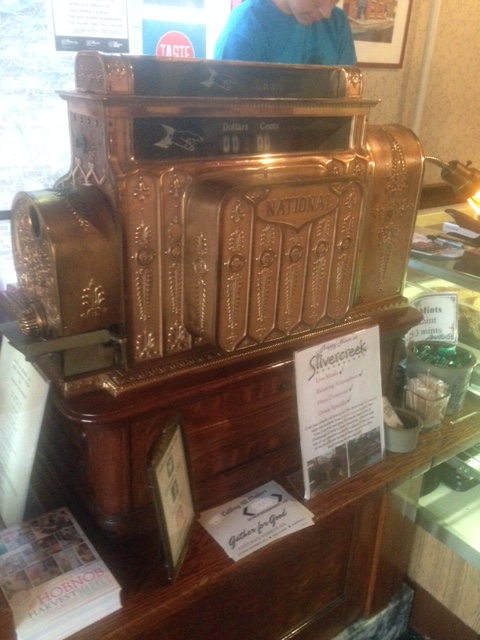 Whether you live here or you want to take a destination restaurant road trio, Courier Cafe fits the bill. It is historic, architectually profound and foodie paradise at the same time. Check it out. Heck, call me and we will go with you.
If you would like to have an ad or inexpensive link here& our interactive social media get in touch. Ads/spokes person/ features & links. Email tompkinscontent@gmail.com and follow @combatsportlife on twitter.
Todays links ( be here for a very affordable rate!!!!!)
http://couriercafe.squarespace.com/